The Voice judges selected the remaining 13 artists for their teams. This rounded up the Top 48 for the voice Season 11, during Monday night’s broadcast on NBC Network.

The Voice judges or coaches Adam Levine, Alicia Keys, Blake Shelton, and Miley Cyrus each filled his or her 12-person team during last night broadcast of the reality TV Show.

Shannon and Whitney’s performed “Landslide” which persuaded all four The Voice judges to press their buzzers and turn their chairs around. The duo went to Alicia’s team after she gushed about how powerful they could be together. Alicia also called herself “queen of the four chairs.”

Blaine also gave a beautiful rendition of “Have a Little Faith in Me.” The songwriter can now focus just on music while competing on Blake’s team. Adam and Miley also fought over him, and the only reason Alicia didn’t have to fight was because her team was already filled.

A “Best of the Blinds” episode will be aired Tuesday night at 8PM ET/PT. the episode will include some never-before-seen moments and the voice coaches looking back at their decisions so far.

Also, The Voice’s infamous “Battle Round” will start next week on Monday night, October 10.

During the infamous “Battle Round,” The Voice judges /coaches and also celebrity advisers will guide and encourage their teams of performers, helping them to develop skill sets that is necessary to succeed on the Reality TV Show. For The Voice Season 11, Miley will team up with Joan Jett, Adam with Sammy Hagar, Alicia with Charlie Puth, and Blake with Bette Midler.

Each The Voice coach will then pit two of their own team members against each other to perform the same song simultaneously in front of a live audience. In this face-off, the coach must choose one winner. The champions from this stage will ultimately move to the “Knockout Round.” Also, each The Voice coach is permitted to steal two losing artists.

Written below is a list of the Top 48 The Voice artists and their hometowns, along with a breakdown of the teams: 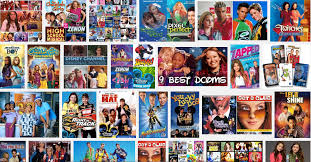