Pokemon Go which has become a mobile phenomenon is getting its first in-game event to celebrate Halloween. There is even a Pokemon Go Halloween trailer to prove it…

The Pokemon Go Company and developer Niantic Labs is not left out this Halloween season. The mobile company is also joining the entertaining craze of special video game events themed after Halloween. The company announced that it will be capitalizing on the spookiest time of year with a Pokemon Go update with its first in-game event.

Starting from October 26th to November 1st, all Pokemon GO players will have the chance to participate in the scariest thing to hit Pokemon Go ever since the server crashes. Here is the Pokemon Halloween trailer below..

This Pokemon Go Halloween event will not include any major gameplay changes or Pokemon Go updates but will take advantage of the festive period in some major creative ways. Most notably, anyone who plays during the event’s runtime will have an increase chance of catching one of the game’s horror-themed Pokemon. Along with the various ghost creatures such as Ghastly, this includes creatures such as Golbat, Hypno, and Drowzee.

Also, anyone who plays during the event’s runtime will also have increased chances of catching one of the game’s horror-themed Pokemon. Alongside the various ghost creatures such as Ghastly, this will include creatures like Golbat, Hypno, and Drowzee.

Since Halloween celebrations are not complete without candy, this Pokemon Go update will also let Pokemon Go players to earn additional Pokemon Candy. This means that every time you catch a Pokemon during the Haloween event, six candies will be awarded to you instead of the normal three. Also, when you transfer Pokemon Go to the professor, it will double your candy intake, as you will get two pieces, instead of the normal one.

It will also be great to know that Niantic decided to use the Halloween occasion for some major new expansion to Pokemon Go. But this update is in line with the type games like Street Fighter V and Rocket League are set to get for the season. 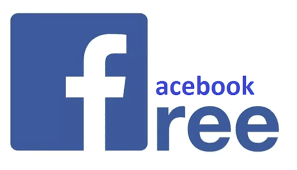