After the US election results, the Canadian immigration site crashed after Donald Trump won the election.

With Donald Trump now president-elect beating Hillary Clinton to the White House, the Canadian Immigration website crashed under the weight of US citizens who are seeking an escape.

The US election results showed that Donald scooped up 49.1 per cent of the votes as against his opponent’s 47.3 percent. Lots of key states swung behind the billionaire businessman, including Texas, Florida and Pennsylvania.

When the US election was near its conclusion, Google searches for “move to Canada” and “immigrate to Canada” went up. Also, the Citizenship and Immigration Canada (CIC) website then had a blackout.

On social media’s like Twitter, tributes began to pour in for president-elect Trump. UKIP MEP Nigel Farage also told the world and his followers that 2016 looked to be the year of “two big political revolutions” and then added: 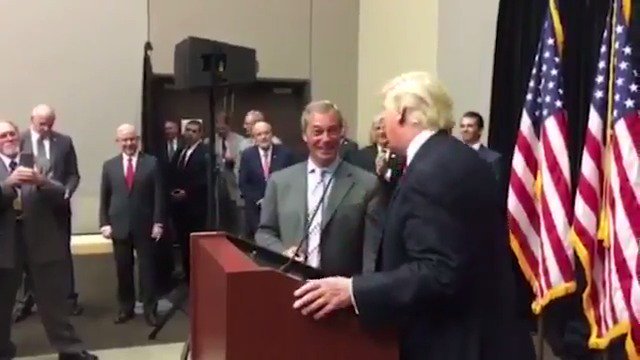 Also following the US election results, the Knights of the Klu Klux Klan made a statement claiming the “success of the Trump campaign just proves that our views resonate with millions. They may not be ready for the Klu Klux Klan yet, but as anti-white hatred escalates, they will”.

Donald Trump winning the US presidential election comes after a nasty campaign, on both sides. He also faced accusations of sexism, racism and non-payment of taxes. In turn, Trump also muddied the waters for Hilary Clinton with allegations ranging from her email server and also the FBI.

Despite the US election results, some key states still voted in favour of Clinton, including California and New York. Also, the state of California has just legalised recreational use of marijuana.