The Block is one of the popular reality TV shows in Australia. The TV show is broadcast on the Nine Network. The reality TV show follows four or five couples as they compete against each other to renovate houses/apartments and to sell them at auction for the highest price. 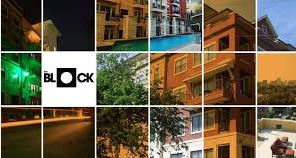 The Block also a reality TV shows in Australia first ran for two consecutive seasons in 2003 and 2004. And was also originally hosted by Jamie Durie, an Australian gardening guru. The first season was filmed at Bondi and the second at was at Manly, New south Wales.

The filming of the fourth season was in the Melbourne suburb of Richmond, in Victoria on Cameron Street. Season four also saw TV personality Shelley Craft join Scott Cam in hosting the TV show.

In April 2012, season five began airing. Just like season four, season five has retained the four separate houses format, as against to four apartments in a single apartment block as in previous seasons. Season five was also set in Melbourne, on Dorcas Street, and is also set in four adjacent multi-storey townhouses.

Season six returned to back Sydney, in Bondi, for the tenth year anniversary of the reality TV show. This was the last season of renovating houses as from Season seven the contestants have renovated old buildings, old apartment blocks or old hotel buildings.

The Block receives new sponsors every season, though their main sponsors include Suzuki, Mitre 10, Swisse Australia and The Good Guys.

One of the major lighting and furniture suppliers is Sokol Furniture, which is a furniture wholesaler based in Melbourne, Australia.

The original format of The Block Australia show featured four couples with a prior relationship who will renovate a derelict apartment block in the Sydney suburb of Bondi. Each couple will renovate a separate apartment over a period of 12 weeks and also with a budget of A$40,000 (more than $100,000 from season 7).

The renovated apartments were then sold at auction. Each couple will keep any profit made above a set reserve price. The couple with the highest profit becomes the winner of an A$100,000 prize.

Opening theme: “Here Comes Another One” by Groove Terminator

Hell’s Kitchen Recap: Any Hope the Blue Team can Make a Comeback?