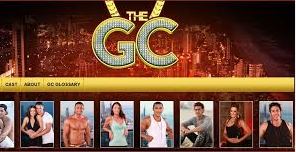 This series focuses on a group of Maori living on Australia’s Gold Coast. The Reality TV show has also been likened to the American reality television show The Hills (TV series).

Originally, the Reality TV show was pitched as an observational documentary series called Golden Mozzies, which is described as “looking at seven Māori families living on Australia’s Gold Coast”.

In August 2011 the producers of Golden Mozzies received $419,408 from broadcast funding agency NZ On Air. The money was for the production of eight 30 minute episodes of the TV show.

The format and title of the TV show were however changed with NZ On Air’s knowledge.

The second series of The GC was funded in 2013 by Maori broadcast funding agency Te Māngai Pāho with stricter requirements for Maori language and cultural content. $419,384 was also granted for eight 30 minute episodes.

The Reality TV show was renewed in 2015 for a 3rd season also with new cast members, which also premiered in July 2015.

After the screening of the pilot episode, viewers branded the show as “fake” and “pathetic”. Within hours a Facebook page called “Cancel the GC TV Show” was also started.

According to an article by New Zealand Herald, the Facebook page had over 2100 “likes” within 12 hours of the shows airing.

There have also been some questions about the show’s funding. Following the airing of the pilot episode, it was known that NZ on Air gave NZ$419,408 to fund the first series of The GC TV Show.

According to Scoop Independent News, NZ on Air thought they were funding a Reality TV show about seven Māori families living on the Gold Coast of Australia, with the working title Golden Mozzies. The same news website also published a press release from NZ on Air in August 2011 outlining that NZ on Air had also approved funding for Golden Mozzies, which was then labeled as a documentary series.

War For The Planet of the Apes Review