So You Think You Can Dance Winners – SYTYCD Next Generation Crowns Kida Burns Winner! 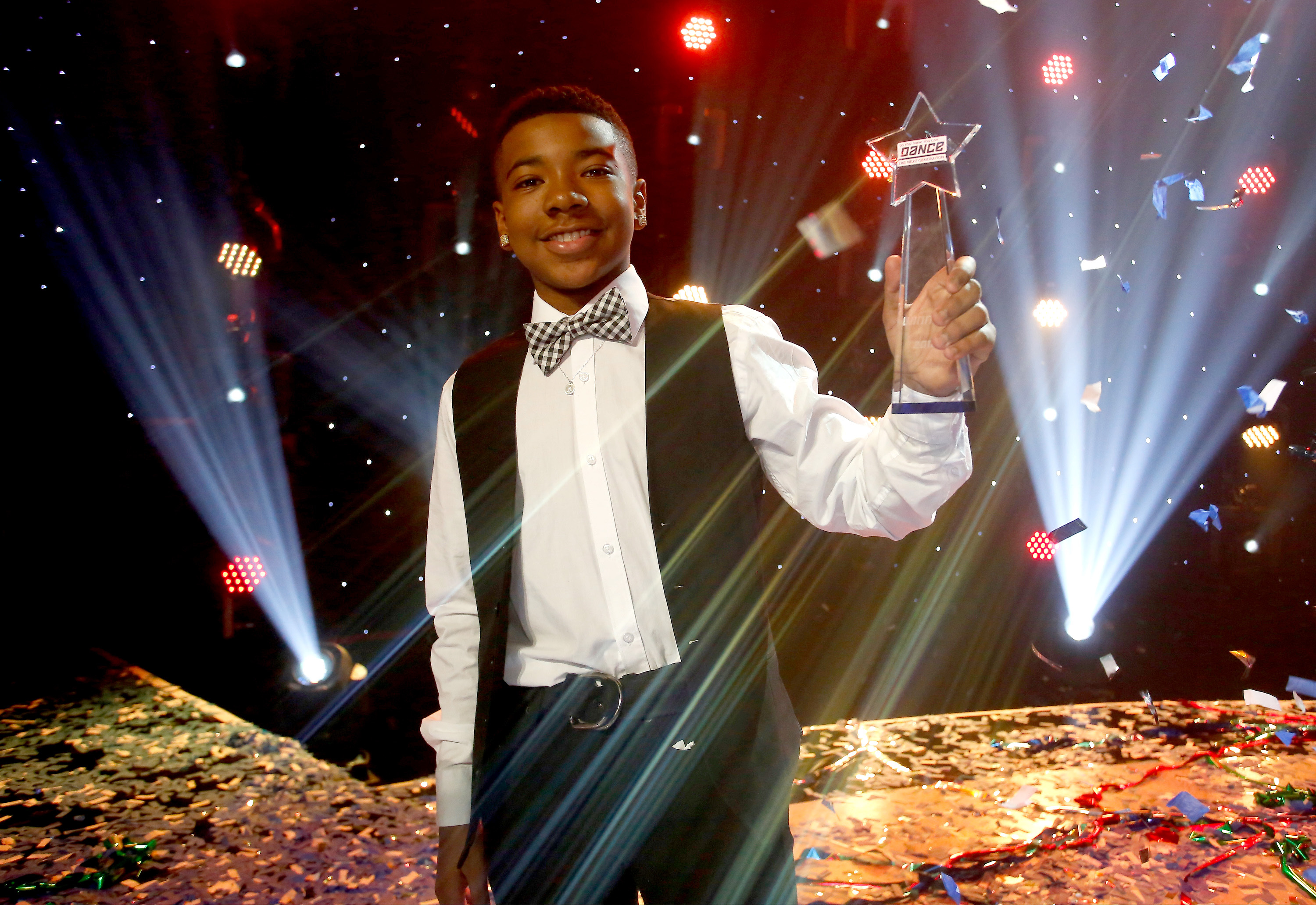 Kida Burns is a 14-year-old hip-hop dancer from Sacramento, CA. He defeated the runner-up JT Church, a 10-year-old jazz dancer from Bristow, VA, to get the title of “America’s Favorite Dancer” that is based on the combination of home viewer votes cast following the last two performance shows.

The So You Think You Can Dance Next Generation winner Kida also won $250,000 and a future cover of Dance Spirit magazine. He said his experiences on the show and in getting to the Final 4 is a “humbling experience.”

The So You Think You Can Dance winners was also partnered with SYTYCD All-Star Fik-Shun Stegall all season long. His partner said it was “crazy” how much Kida grew as a person and also a performer throughout their journey together on the Reality TV show.

Following the results, JT said.. “I’m really proud of myself that I made it this far and I’m just so grateful,”

JT whose partner was the SYTYCD All-Star Robert Roldan said JT makes him “the happiest person ever.”

Nigel Lythgoe, who also created SYTYCD, told JT before Kida was announced the winner of the TV Show that he won America’s heart early on and the enormity of his performing talent also overshadow his small size, he also added that his partnership with Robert was “magical.”

Nigel also told Kida that although he was the least-trained dancer on the TV show, he improved by leaps and bounds and also proved himself to be an amazing choreographer at such a young age.

Tate McRae, who is a 12-year-old contemporary dancer from Calgary, Canada, finished in third place in the show with her All-Star Kathryn McCormick.