Nintendo NX which is the mysterious Nintendo’s next console has been officially unveiled. The announcement was made this Thursday Morning on twitter in the Nintendo account.

At 10am EST this Thursday morning,  Nintendo account dropped a Twitter announcement of its much anticipated new console: the Nintendo Switch. Some information about the Switch has been leaked for more than a year now. But until today the Nintendo Switch was referred to publicly as the Nintendo NX.

The Specs of the video game are scarce at the moment with the trailer, embedded below, which only shows how you can use the Switch, not what it can do game wise.

You might be asking what the Nintendo NX is? The Pokemon Company boss in September that the Nintendo’s forthcoming system will be both a handheld and a home console. Exactly how it will perform both functions, is however still unclear.

According to Eurogamer’s translation of Nintendo’s Japanese tweet, the video will be three minutes long, and will also “serve as Nintendo’s preliminary announcement of information regarding the platform.”

Whatever the Nintendo NX proves to be, it will mark a very decisive chapter for Nintendo. The Wii U has also struggled to the same audience as its predecessor video game. Nintendo will also need to avoid the confusion that came with the launches of the Wii U and 3DS. There both sounded like upgrades to the Wii and DS rather than new, standalone consoles. 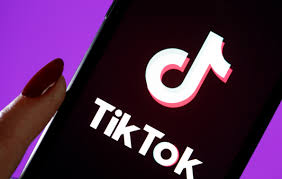 What is Tik Tok? – How to Download the Tik Tok App