Dancing with the Stars dancers had a face off yesterday just before Hilary Clinton and Donald Trump had their presidential Debate Night. Dancing With The Stars Dancers / celebrities like Calvin Johnson Jr., Laurie Hernandez, James Hinchcliffe, Maureen McCormick, Jana Kramer, and Vanilla Ice received immunity which will keep them from this week’s elimination also along with their professional partners during Monday night’s dance performance show on the ABC network. 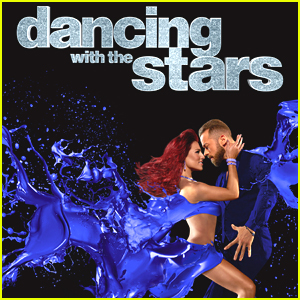 As a result of Monday night’s U.S. presidential DebateNight  between Hilary Clinton and Donald Trump, they was a special abbreviated one-hour format of the Dancing with the Stars broadcast, in which the Reality TV Show competition’s twelve remaining dance couples were paired up into six “face-offs”, where two dance couples were assigned the same style of dance on the dance floor, and also required to perform them back-to-back.

Dancing With The Stars is one of the most watched Reality TV Shows In The United States.

Dancing With The Stars Dancers | The Face-off

Calvin Johnson Jr. and his professional dance partner Lindsay Arnold faced-off against LA star Terra Jole and pro partner Sasha Farber in a Viennese waltz. Calvin and his dance partner Lindsay earned immunity after receiving 32 points from the Dancing With The Stars judges as against Jole and Sasha’s 30 points.

Olympic gold gymnast Laurie and her professional dance partner Val Chmerkovskiy had a dance face-off with actress Marilu Henner and pro partner Derek Hough in a tango face-off. Laurie and Val earned immunity after receiving 31 points from the Dancing With The Stars judges as against Marilu and Derek’s score of 28 points.

James and partner Sharna Burgess earned immunity after a face-off with the Olympic gold swimmer and former What Would Ryan Lochte Do? star Ryan Lochte who also had a dancing With The Stars Incident and partner Cheryl Burke in a cha cha face-off. James and his dance partner Sharna received 29 points from the judges, besting Ryan and Cheryl’s score of 25 points.

Country singer Jana and partner Gleb Savchenko had a face-off with Kenny “Babyface” Edmonds and his dance partner Allison Holker in a jive. Jana and Gleb received a score of 26 points from the judges, edging Babyface and Allison’s dance score of 25 points.

Vanilla Ice and dance partner Witney Carson competed against former Texas governor and U.S. presidential candidate Rick Perry and dance partner Emma Slater in a pasodoble face-off on the dance floor. Both couples, however, got the same score of 25 points from the judges. The judging panel’s head judge Len had to also give a score which served as the tiebreaker.

Len gave the rapper and The Vanilla Ice Project star a score of 6 points which was greater than Perry’s score of 5 points. Vanilla and Witney automatically won the immunity.

As a result of the immunity earned by some of the Dancing With The Stars dancers, either Marilu, Terra, Ryan, Babyface, Amber or Rick will now be facing elimination along with their dance partner during Dancing with the Stars Tuesday night results show. Which is based on the combination of the Dancing With The Stars judges’ scores and also home viewer votes which occurred after Monday night’s performance show on the dance floor.