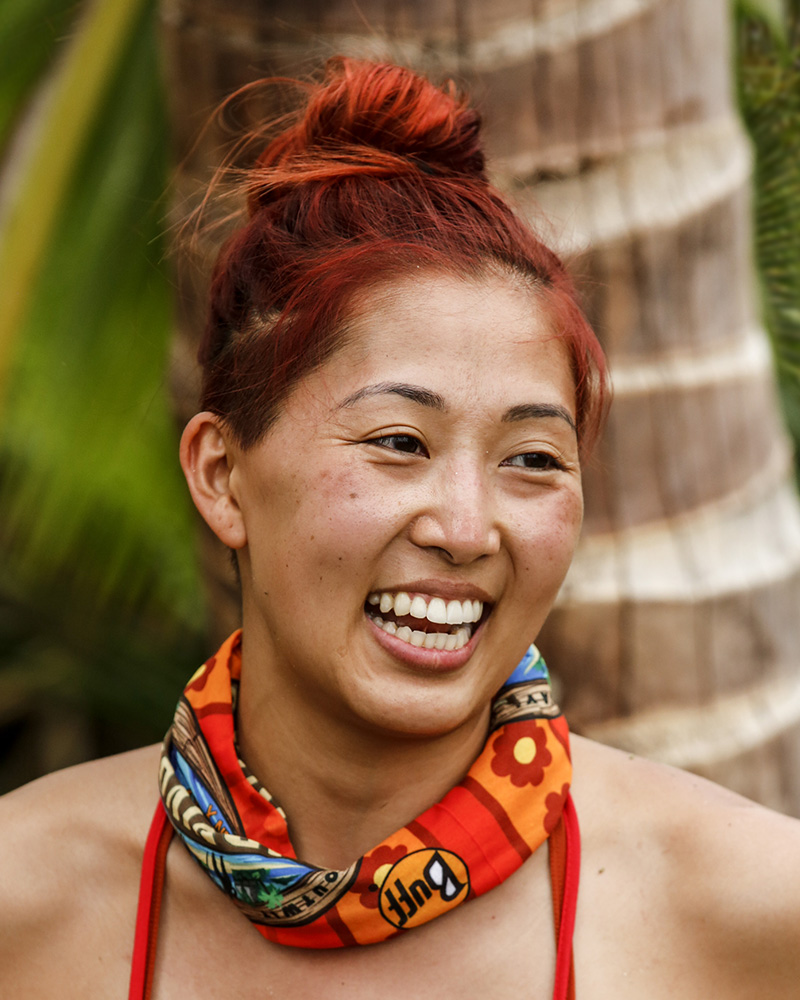 Mari Takahashi, a 31-year-old professional gamer from Los Angeles, CA, became the second castaway of survivor season 33  to be voted out on Night 7 at the TV game’s second Tribal Council session.

The Millennials tribe had a choice to vote out one of their members after losing the reality TV game’s second Immunity Challenge to the opposing Takali (Gen-X) tribe. This resulted in the younger tribe’s first trip to Tribal Council.

Survivor Millennials vs. Gen X contestant Mari also appeared totally blindsided by her vote-off, since she had expected her tribe to vote off Jessica “Figgy” Figueroa instead.

Mari though Figgy, a 23-year-old bartender from Nashville, TN, would be the one to be voted off by the tribe, because she had openly started a romantic relationship with a fellow tribemate Taylor Stocker, a 24-year-old ski instructor from Post Falls, ID.

Following her ouster from the Survivor Millennials vs. Gen X Reality Tv show, she said… “I got snagged from a mile away, and I never saw it coming”

“Survivor is the toughest game I’ve ever played, this is because it pulls on the heartstrings. Also, playing with human emotion is totally different from playing on a 2-D screen.  And it hurts man, that is all I can say, it hurts.”

Most members of the Vanua tribe viewed Figgy and Taylor as a threat to emerge as a power couple. They also believed that they had gotten enough votes to vote Figgy off at Tribal Council.

However, the tribe members were in for a surprice, as two of the couple’s closest allies — Michelle Schubert and Justin “Jay” Starrett — were able to convince fellow tribemates Will Wahl, Michaela Bradshaw, and Hannah Shapiro to change the plan and vote Mari off the tribe instead.

The remaining Vanua tribe members were also surprised, especially Adam Klein and Zeke Smith, who both stuck with the original plan and casted their votes to vote off Figgy.