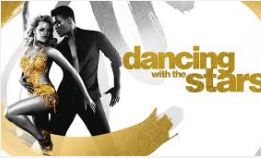 Dancing With The Stars is also a reality TV shows in the United States we look forward to. Gold medalist (and also a member of the Final Five U.S. gymnastics team) Laurie Hernandez will juggle schoolwork with footwork, in an attempt to become one of the youngest winners ever on DWTS. Laurie Hernandez will be joined by embattled Olympic swimmer Ryan Lochte, who will have a returning fave (and tough-as-nails pro) Cheryl Burke as his partner.

Model, entrepreneur (and Kanye West’s ex) Amber Rose will pair with season 18 winner Maksim Chmerkovskiy. While former Texas governor Rick Perry will try to prove that he can do more than the Texas two-step with returning fave Emma Slater.

The surprises just keep coming. Choreography guru and  fan favorite Mark Ballas will be sitting this season of the reality TV show out, and also All-Stars winner Tony Dovolani. Keo Motsepe (last partnered with Fuller House’s Jodie Sweetin) will not have a partner this year, but may more likely be in the troupe. Also, although the reigning Bachelorette JoJo Fletcher has expressed a strong desire to compete on season 23 (as did DWTS executives behind the scenes), it was sadly not meant to be, at least not in this season.

Who will be taking home the Mirrorball?

The Full Cast For Dancing With The Stars 2016

Here is a list of the full cast for Dancing With the Stars 2016. This list is definitely exciting!

The 23rd season of Dancing With the Stars begins on Monday, September 12, and we’ll bring you updates!