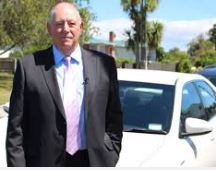 Police Ten 7 profiles wanted offenders and ask the viewers to help the police in their search for them. In addition, the TV show also follows the work of police officers in their patrols and other police activities.

The show is narrated and hosted by Detective Sergeant Rob Lemoto, who replaced the original host of the TV show Detective Inspector (ret) Graham Bell in 2014.

Police Ten 7 also airs in the UK on Pick and in Australia on Fox8.

The reality TV show gets its name from the New Zealand Police ten-code 10-7, meaning “Unit has arrived at the job”.

The format of Police Ten 7 was often in Crimes and Wanted Criminals sections and also Police Duties.

The crimes and wanted criminals section of the show often feature up to five crimes or persons wanted for various offenses, including assault, burglary, and drug offenses.

One case is the episode’s major case, which involves the host visiting the scene of the crime. A local detective takes the host and the audience through the events preceding, during, and following the offense. The alleged offender or offenders wanted are described, usually with security camera footage or IdentiKit images. The other cases are described in small details and are either crime of known offenders with warrants for their arrest or unknown offenders.

Some recent episodes have also led to some fast arrests. A show in July 2009 led to the arrest of all five wanted faces within 48 hours.

The stories are sometimes light-hearted to break with the serious tone of the show.