Australian Survivor contestant Peter Fiegehen became worried about his health in Samoa. He was concerned that if he didn’t quit the TV show which is one of the reality TV shows in Australia, he might be leaving in a box. 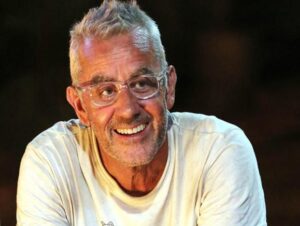 Peter Fiegehen, 63, from the ACT, quit the TV show after 12 days of barely eating.

He believes he got a gastro virus from eating chicken at a hotel in Samoa two days before the show started. This meant his health wasn’t in a great shape before he hit the beaches with his tribe.

“Of course, I have big regrets about leaving,” Australia Survivor contestant Peter said.

“All the people I spoke to, including on my tribe of Saanapu, said if they were me they would have done the same thing”.

“I’m disappointed I didn’t get to finish, but when I got back I discovered after 14 days of not eating could give you a heart attack, and after 40 days you could be dead.

Peter, who is also very fit and was well regarded by his producers and even tribe mates, said he has been trolled for being a weakling and for wanting to leave.

“The troll stuff has been evil,” he said.

“I’m thinking, you got that from being shown 60 seconds?

“I really feel for the TV people now.

“I’ve got a different view of things.”

Peter also said he understood that viewers might think he has given up on an incredible opportunity like Australian Survivor, which received a massive 15,000 applications.

“It’s quite correct, there are 15,000 people out there who could have taken my place,” he said.

“I’m sure they could, but it’s the risks you don’t see coming that can get you, and that’s what got me.

“I didn’t give up which has been said by a few people.

“It was so much more complex than that.”

“I wasn’t feeling right from the beginning and that really disappointed me, and I think it affected me psychologically as well because I wanted to kick off strong and healthy,” he also said.

“I didn’t land on the ground running, I landed on my feet crawling backwards which wasn’t fun, but you push on.

Australian Survivor Contestant Peter Fiegehen also had really nice things to say about his tribe Saanapu, and other members of his tribe say, he made some contributions to camp life from the start, despite not eating at all.

“We just kicked off and worked hard, but I guess unfortunately my projection on the show is one dimensional.